TL;DR: Iceland was amazing and anyone who tells you to go, you should take their advice.

Let me tell you about Iceland. It’s absolutely magical.

This was my first solo international trip. I was excited but also a bit nervous. Only because I was going to an unknown place that was an ocean away from home. It was exhilarating to think that I would be in Iceland. A place that I’ve been dreaming about visiting since college. A place that you can really lose yourself in because the landscape is awe inspiring.

As this was my first international trip, I decided to rent a car. Renting a car gave me the freedom to explore the island anyway I wanted to. I mostly stuck to the southern half of the island.

One of the must see attractions that I would recommend are the different waterfalls that makes Iceland so magical. TLC would definitely be disappointed as I chased too many waterfalls on this trip.

Day 1: But before exploring the many waterfalls, I had my eyes set on the Blue Lagoon. This geothermal hot spring lived up to my expectations. The milky blue hue of the pool mixed with the above 100 degree temperature made it a relaxing morning for me after a red eye flight. What’s more relaxing than a huge jacuzzi and sparkling wine at 9 am?

I set some time to wander around Reykjavik. First thing on the agenda was to get some food. Since Iceland is known for their fishing industry, I had to get some fish and chips. There’s a small fish and chips cart by the harbor that is known for this particular dish. From there, I ventured out to downtown Reykjavik and walked through the center that’s lined with shops. There were many gift/souvenir shops that filled the streets, so finding something to take home from Iceland. 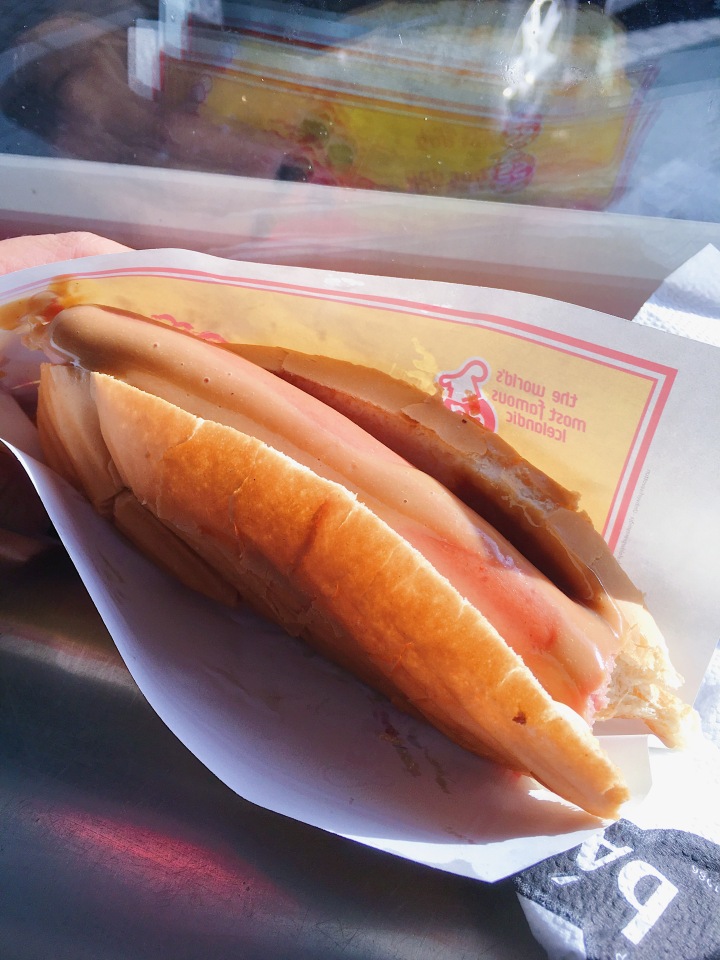 Day 2: I woke up early to get a head start on chasing some waterfalls. From Reykjavik, I trekked south and the first waterfall that I visited was Seljandfoss. As this was the first waterfall, I was overtly excited. There were many tourists that had the same idea as I had. 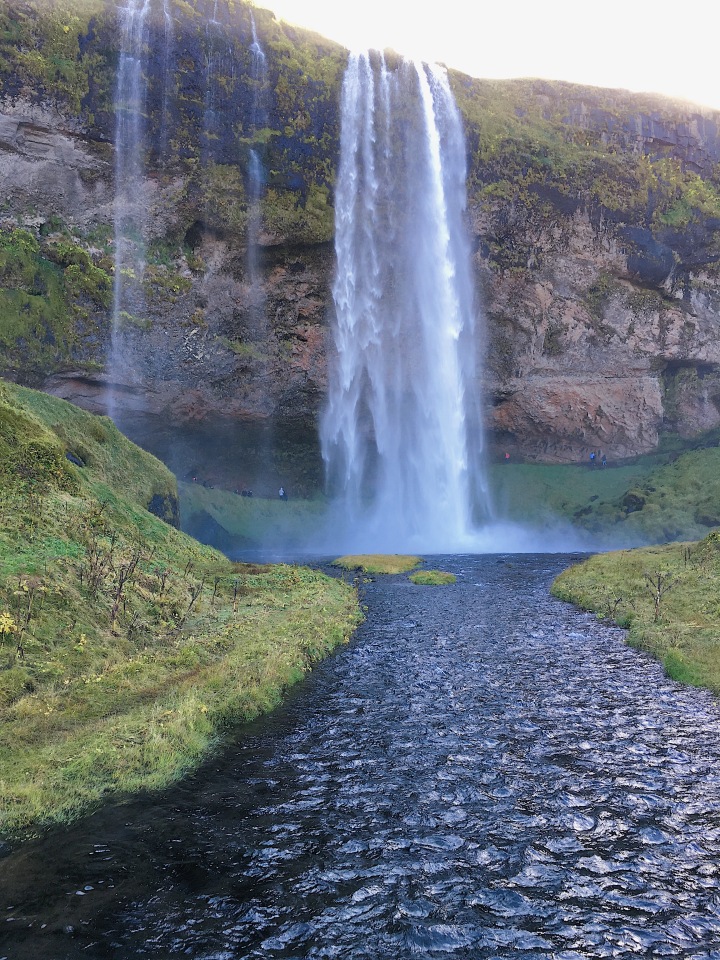 The next waterfall that I trekked to was Selfoss. This was the biggest waterfall in southern Iceland. You could hear the roaring water. You’re able to get up close as you want and feel the mist from when the water hits the rocks. 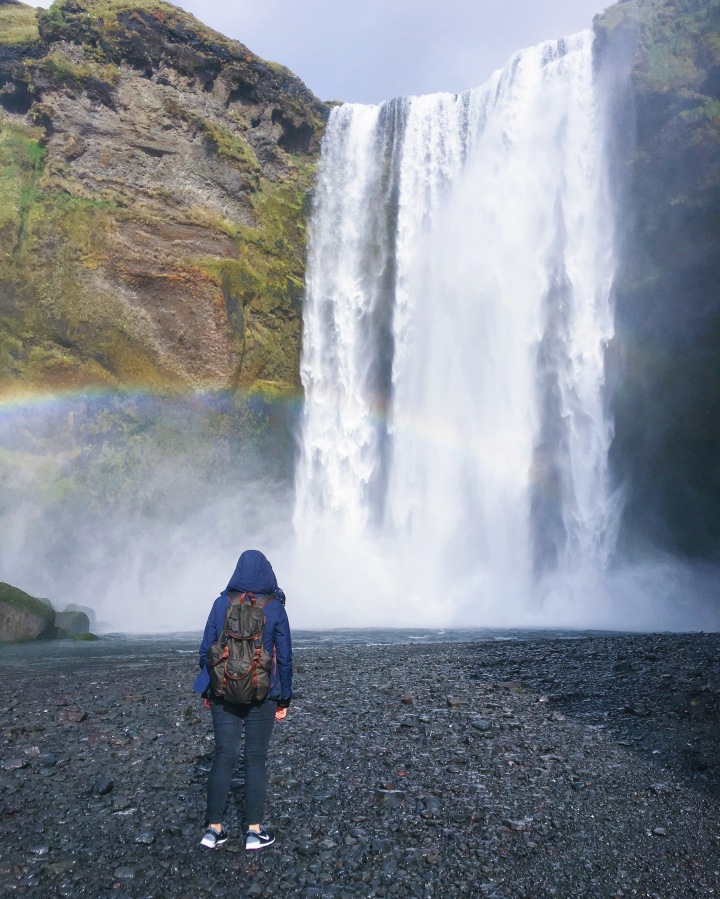 As the day progressed, I headed towards Vik. Vik is known for the Black Sand Beach. This beach definitely matches the color of my soul. It was a bit cold and misty but it was definitely worth the view.

Day 3: This day was filled with adventure. I kind of wanted to live out the Justin Bieber music video he shot in Iceland. With that, I made it a goal to go to the glacier national park. As it was off season, there weren’t as many glaciers to photograph.

Aside from the glacier national park, I had booked a tour/lesson on ice climbing. I was a bit nervous to do this activity as I have never done it and a bit anxious about my shoulder because it could potentially dislocate. 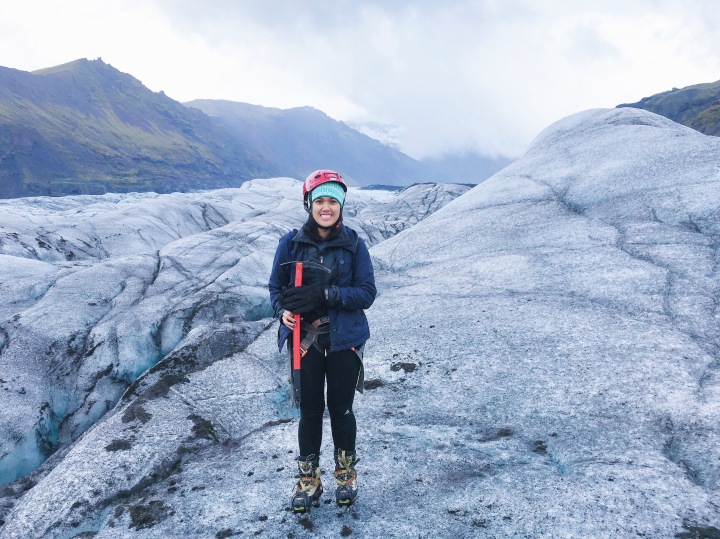 But to my surprise, I did ok. Ice climbing is a lot more intense than rock climbing. 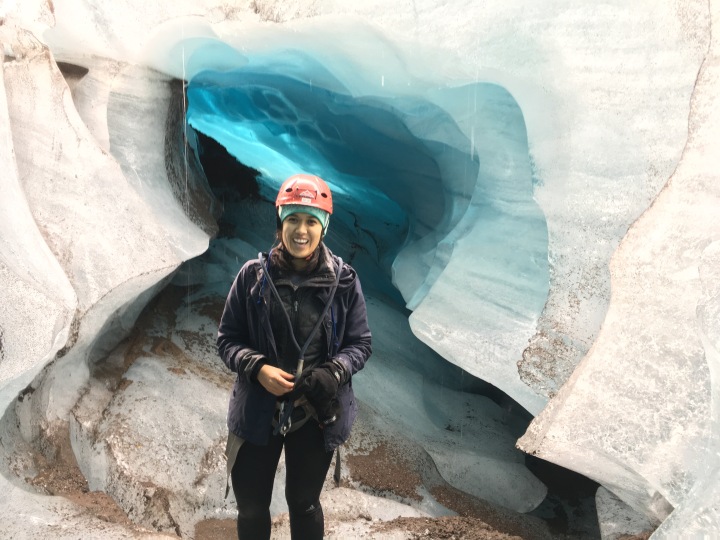 During this tour, we were able to rapelle into the glacier through a small hole and see what the inside of the glacier looked like. This was probably my favorite part of the whole trip. The crystal blue color of the glacier is very prominent and beautiful.
﻿ 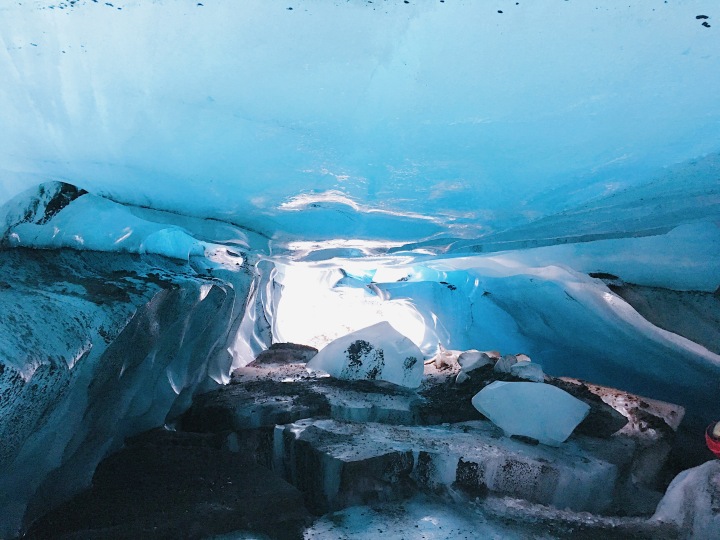 As we climbed back to the top of a glacier a rainbow was waiting for us. It was surreal. 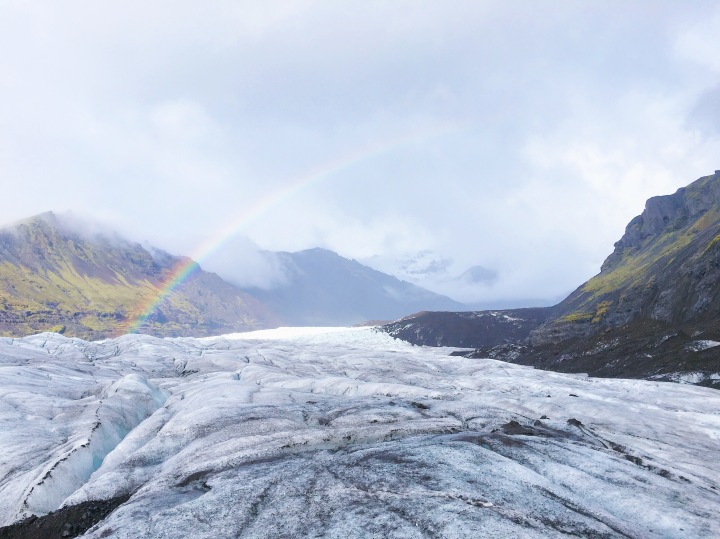 Btw, they always turn the rainbow on at the end of the tour.
Day 4: It was my last day in Iceland. I saw a picture on Instagram of a waterfall that I haven’t visited and knew it was in the Justin Bieber video. So I woke up early and left to find the last waterfall in southern Iceland. This was by far the best one that I’ve visited.

​I had to walk through a crevice to get to the magic.

Anyways, I was able to live out my college dream and it was everything and more than what I expected.

All in all, I survived my first solo trip and I would definitely do it again. I’m going to leave you with some liquid nitrogen ice cream I got in downtown Reykjavik.