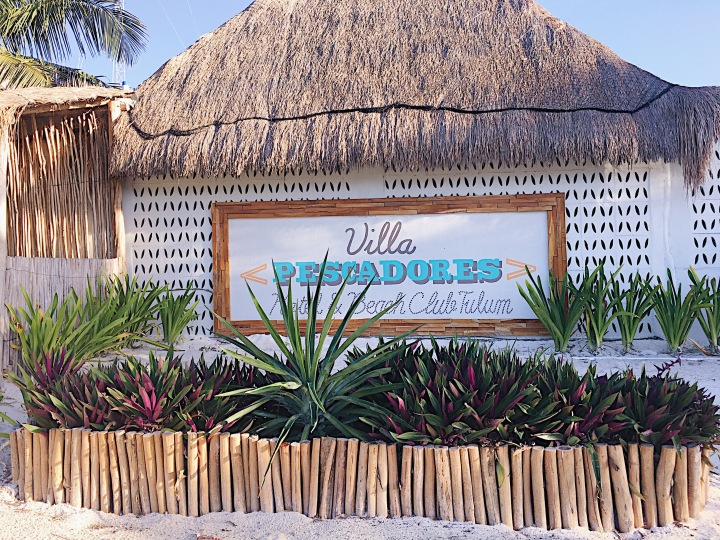 TL;DR: Tulum was awesome. You should definitely go for the food, adventure, and culture.

My motto has been “Might as well.” I’ve applied this to mostly every place that I’ve visited so far and it has always been an interesting journey. This phrase has definitely given me the courage to try new things and be a bit spontaneous.

When I told my parents that I was going to Mexico by myself, they freaked out. They obviously were worried for my safety since this was the first time I was going to Mexico, especially on a solo adventure. But I convinced them that I would be ok and that I’ll be back in a week.

So the adventure begins. I flew into Cancun International Airport and it was a dreary day. The rain was pouring like no other. I thought that this would dampen my time by the beach (pun intended lol). The best way to get around Cancun, Playa Del Carmen and Tulum, is to utilize the public transportation. To get to Tulum, I took the ADO bus, which only costs about $8.00.

When I arrived to the Tulum bus station, my Airbnb host met me and we walked to where I was staying for the week. Once settled, I decided to explore downtown. The main street is one of the main highways, HWY 307. It’s lined with many gift shops and restaurants.

The vibe of the small city was relaxed and “chill” to say the least. I did make time to go to the beach before the sunset. It was picturesque. I’ve never seen whiter sand and bluer water than here. 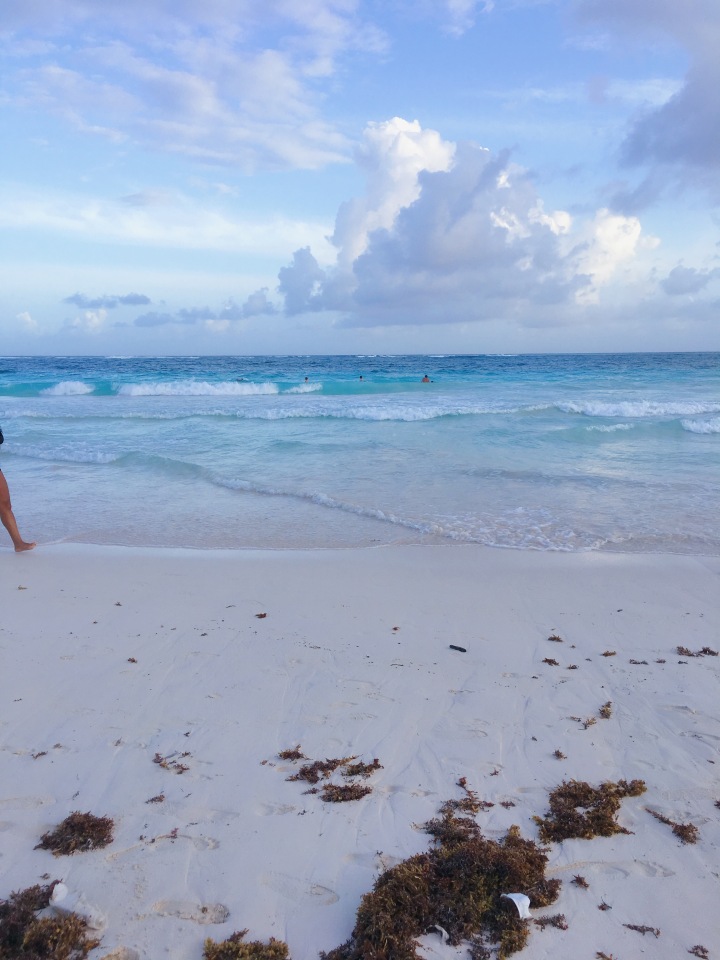 Pretty sure there are other beaches that have better views than this, but it was outstanding.

The next day, I decided to go ziplining. There is an amusement park in Playa Del Carmen called Xplore. This had about 14 different zip lines throughout the park. 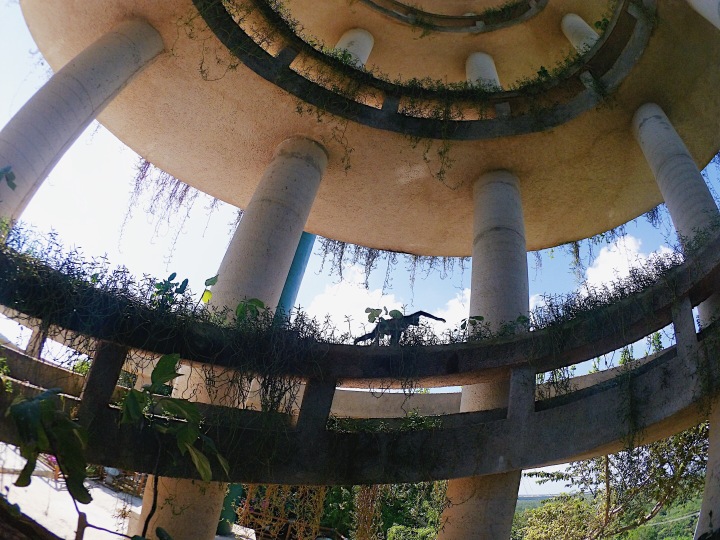 I’m not able to post videos in this post, but the zip lines were exhilarating. There was a course that you went through a waterfall, which was definitely fun.

On the third day, I decided to go snorkeling with turtles and see the Mayan ruins. The turtles were so cute but we weren’t allowed to touch them because the oils on our skin affects them, negatively. Other than turtles, we were able to see stingrays and other fish.

Enough of what I did. The most important thing is what I ate. 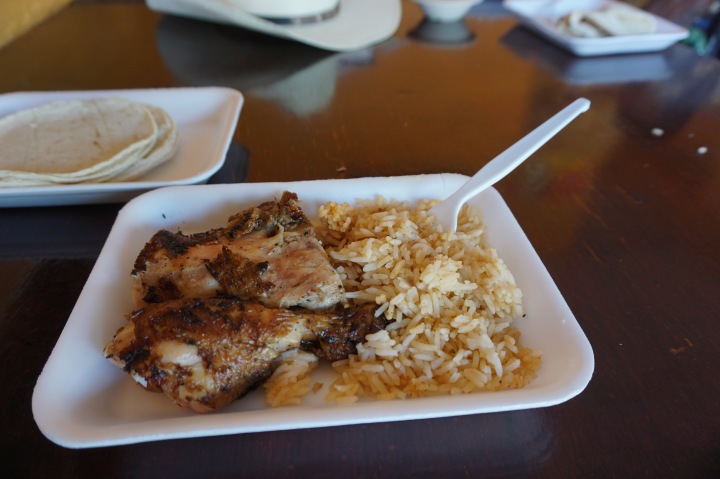 As I’ve mentioned before, the street of Downtown Tulum was lined with many restaurants and bars.

There was one specific taco place that was only open during the night. And when it opened, there was already a line out the door. This was a hole in the wall that wanted to be discovered. Tacos here were about 7 cents USD or less than 15 pesos. It was unbelievable. 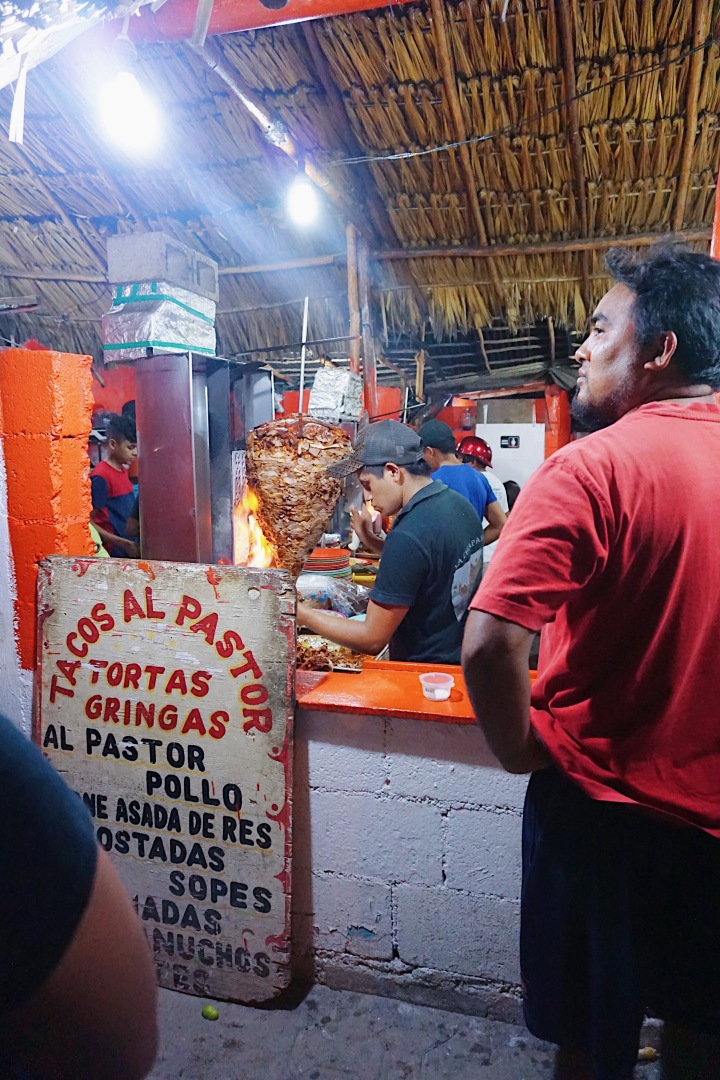 Their al pastor was what everyone came for. And it didn’t disappoint. Ugh, my mouth is salivating just thinking about it.

Other than the food, the beach was all the rage. The white sand against the cerulean (tell me you thought about Pokemon when this work came up) blue ocean was a sight. The pictures speak for themselves.

All in all, Tulum was a great getaway from the cold days of North America. It’s culture is enticing and the food makes you want to stay. Here’s a picture of a palette, which was out of this world.